Kannaroo is a one day free music festival, 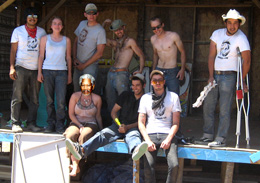 focused on bringing awesome alternative groups to the washed out and stale music scene of Northern New Mexico.

It is put together by a group of PASSIONATE individuals. Pulled together from donations and recycled materials the festival is the prime example of a passion driven music scene. Though this is the last year in the Sunshine Valley location, we have been blessed by Kan's land. Many thanks to Kevyn "The Koko" Gilbert he is the height and soul of the donation commitee.

Kannaroo 2010 was a huge success. We had a ton of awesome bands. If you missed it, that was dumb, but there will be recordings from the fest on here soon as well as photos and other fun stuff.

Have we got a logo for you. 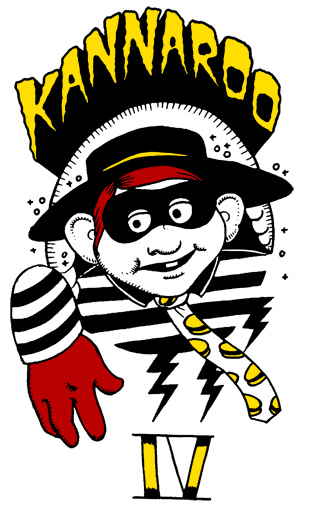 We have had some pretty hard core logos, but this one freaks me out the most.

After some extensive beer driven conversing we were able to combine the original show from the Seco Pearl with Kannaroo to bring you two more awesome bands. Big Tree is on tour from Brooklyn, NY and have a great psycho.indie sound. Manby's head are Taos locals, they kill it. We are psyched to see both bands.